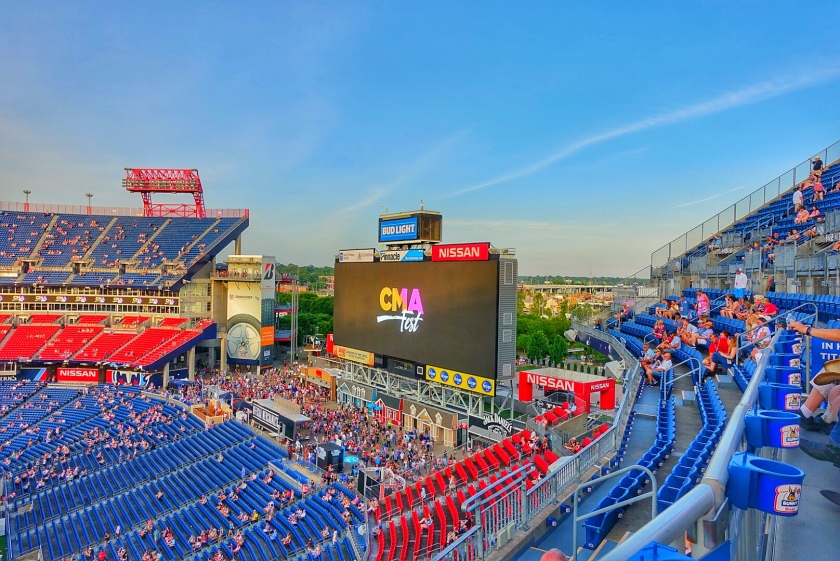 Last week we went down to Nashville for the CMA fest. We decided to stay away from the downtown area and ended up staying in Brentwood. It’s about 10 miles away from downtown. We stayed at the Four Points by Sheraton. There was nothing fancy about the hotel but it was clean and modern. There is a restaurant in the hotel and in the same parking lot there is a target, Panera and a bunch of other businesses. We did get an accessible room and an adjoining regular room. The room was nice and there was space for Gary to get around. 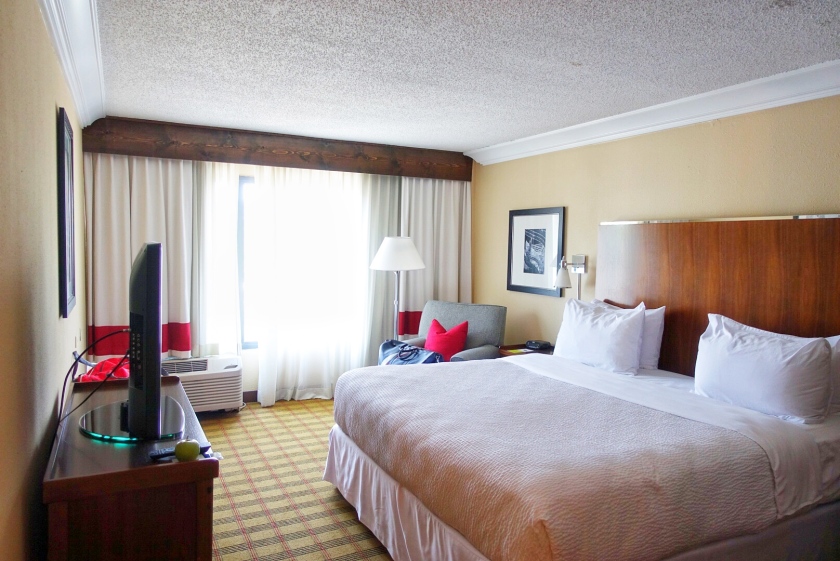 The bathroom on the accessible side was on the larger side and had a roll in shower. But as you can see in the picture below, the shampoo, conditioner and soap are on the opposite side of the shower head. So if you put the shower bench back far enough to reach the shampoo, you can’t reach the shower head and vice versa. Poorly designed but easy enough to figure out. We have noticed this design in a couple of hotels and it really doesn’t make much sense. This obviously wouldn’t deter us from coming back, just a minor nuisance. 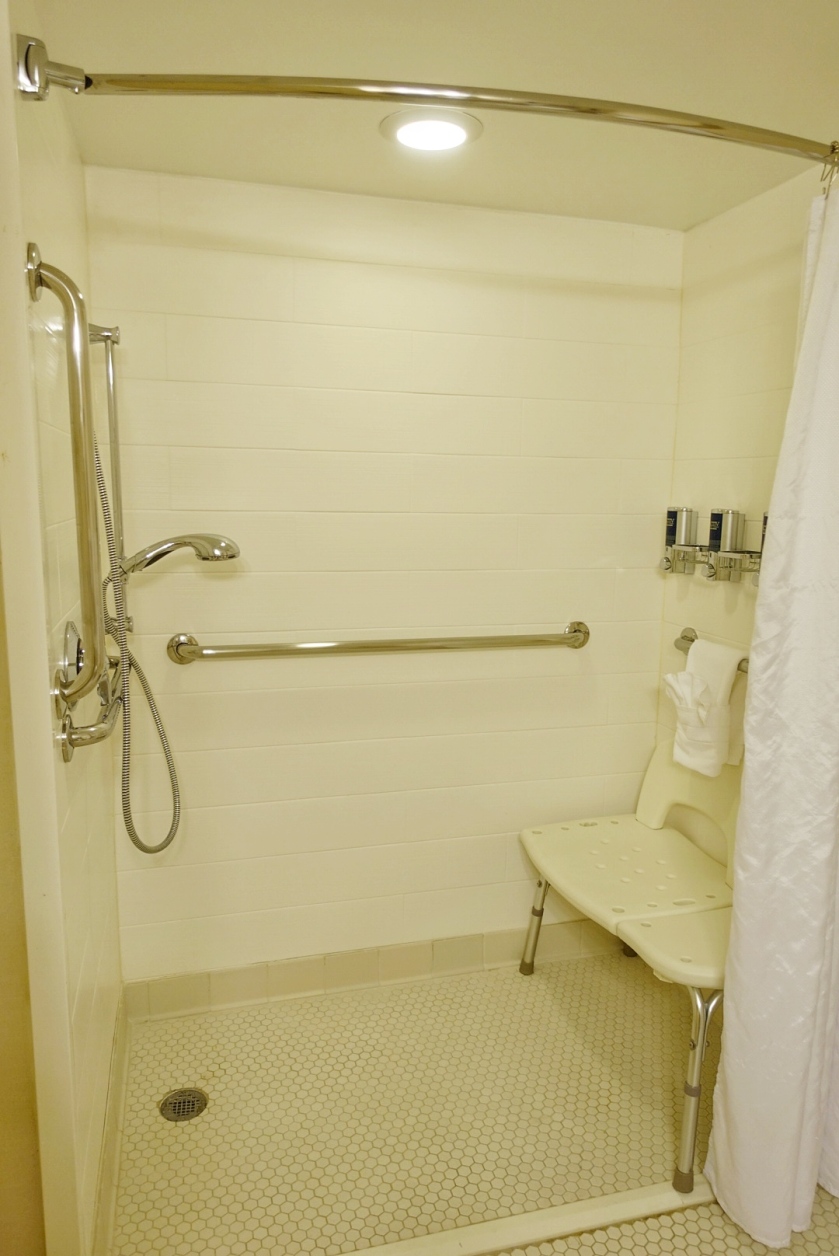 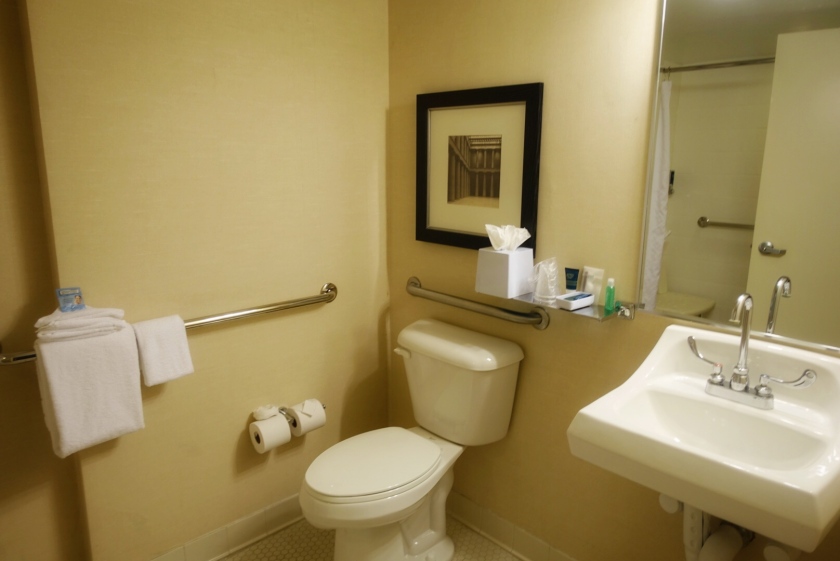 The adjoining bathroom was not accessible, but we only needed the one accessible bathroom so it worked out perfectly. We had plenty of space between the two rooms. The adjoining room had a pull-out couch and the hotel also provided a cot if needed. Here is a picture of the second room and bathroom. 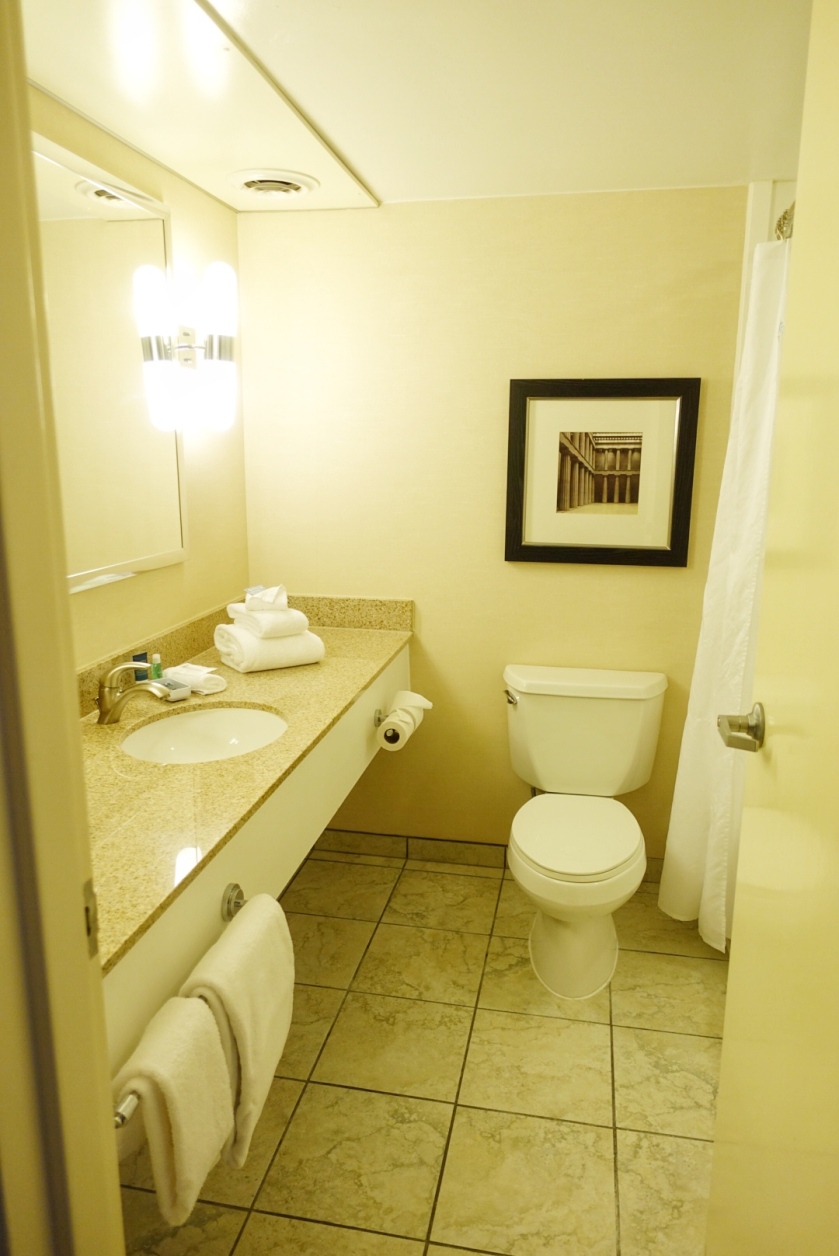 The one negative we found was that the pool wasn’t open. They said it was closed for construction around the hotel and for liability purposes. However, it was about 90 degrees or close to it daily, so it would have been really nice to have the pool. The pool is on the smaller side but it does have a lift. Besides the pool, the overall experience was a good one. We would recommend it if you are looking for something less fancy and more functional.